About the client—-Mozilor is a technological firm that builds extensions, plugins and apps to simplify work for businesses. They possess 1.3 million businesses of every size — from startups to global brands. Two of their products exercised by millions of end users in the IT industry are “Cookieyes” and “Webtoffee”.

Lack of sufficient number of expert software testers with appreciable experience in functional testing persuaded Mozilor to entrust the testing of Cookieyes with Testvox.

The Plug-in app version of Cookieyes is designed to be more comfortable to use as changing of settings and script execution is not required to be done by the users for enjoying all the features of Cookieyes Plug-in app.

“The plug in version of Cookieyes was to be debuted in the global market once we signal a perfectly fit status after the complete testing of the product.”

The test cases for testing both Web app and Plug-in app of Cookieyes were prepared by software testers from Testvox. 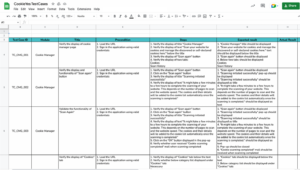 The Cookieyes Web app is currently being used by millions of users from a variety of global brands without any concerns.

Different features are present with the application from which a website owner can choose one of them. Each feature is associated with a set of plans as shown in the image below. All these plans were verified to be working admirably by software testers from Testvox. 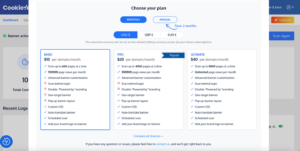