Wearables Testing- The opportunities and Challenges

We live in an era where the world is at our fingertips. Over the years, the power of computing is transitioned from desktop to smart phones and to the wearables. The first computer you interact with when you wake up and the last one put down before going to bed. Smartphones go everywhere you go. But there’s a new trend seeking to disrupt that bond – wearable technology. From fitness trackers to smart watches, smart clothing to glasses, wearable technology is on pace to grow at an explosive rate. 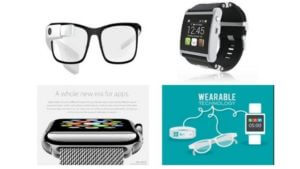 The ecosystem consists of the below:

When testing wearable hardware and software, it’s important to think about the user experience beyond whether or not the app and device work. There are important testing opportunities across the SDLC including:

Functional Testing – First and foremost, you’ll want to ensure that your app or hardware works as you intend it to. Testing on real devices, in the wild gives you a sense of how your wearable technology will handle real world conditions. Leveraging a combination of test case execution to ensure elements such as data gathering, connectivity and alert display — in combination with thorough manual exploratory testing to uncover issues you may not have thought about — will give you the complete coverage you need.

Usability Testing – As you fit your apps to a smaller form factor, it’s important to understand what tradeoffs you’re making and how they’re impacting your user. Are you serving up relevant and timely information in an unobtrusive manner, or is your app bloated with a few too many features? Is your app easy to use on this new device? Performing a usability study with users in your target demographic will help you understand how intuitive users feel your app is and will allow you to concentrate on what matter most.

Localization Testing – If you are targeting users across the globe, it’s important that your wearable technology adapts to their culture, language and formats. With smaller screens to display information, it’s important to validate word choice to make sure your translations fit into the interface while still having your intended meaning

Load and Performance Testing – While much of the communication of wearable technology is directly device-to-app, it is important to consider how your app handles load if it also stores user information inthe cloud or syncs across multiple devices. Knowing how your app handles pressure during peak usage times can help you create a smoother, lag-free experience for users.

Security Testing – If your wearable app communicates with a cloud server, it is important to ensure that you are protecting user information such as username and password, Personally Identifiable Information (PII) and Protected Health Information (PHI). Users are extremely sensitive regarding their private data, particularly location and workout data falling into the wrong hands

Small screen – Smaller wearable screens make designers redefine the whole experience, even though many mobile UI/UX aspects hold true for smartwatches and all.The screen size of a smart watch is much smaller than a phone’s – especially phablets – and wearables often lack buttons that have become such important aspects of mobile app design. What worked on a smartphone likely won’t transition well to a watch or a pair of glasses. User interfaces for the next evolution of technology will require new thinking and new models of testing.

Interaction – Making these devices interact with others is the newest challenge for testers. Think about it – just how many possibilities lay there waiting to be uncovered.

Battery life – Battery life is a real challenge for both wearable app developers and testers, who now have to work out suitable testing criteria.

No simulators – Wearable devices are quite specific, so substituting them with emulators of some kind would be near impossible; trusting the results of such emulator testing would be even harder.

Customized Functional Testing – QA testers will have to come up with new scenarios for testing wearable devices since consumers will be using the devices differently than other types of mobile devices. Tests may include figuring out how the device can and should interact with other devices.

Wearable devices add an extra dimension to the testing process. Along with testing within the bounds of their hardware capabilities, it is vital to also incorporate a range of environmental conditions that, as of yet, cannot be simulated on an emulator, in a lab, or through automated testing. As a result, no wearable app should be released without first performing a broad range of exploratory tests in real environments.