Software testing is the process of evaluating the functionality of a software programme to determine whether the generated software matched the defined requirements and identifying errors to provide a reliable product. Let’s look at the software testing principles, definition, various forms of testing, such as manual and automated testing, testing methods, testing approaches, and different sorts of black-box testing.

Software testing is based on certain principles that are critical to the project’s success.

The Principles of Testing are as follows:

Let us dive right into the Software Testing Basics

According to ANSI/IEEE 1059 standard – “A process of analysing a software item to detect the differences between existing and required conditions (i.e., defects) and to evaluate the features of the software item.”

What if software testing isn’t part of the software development process?

Our lifestyle is advancing every day as a result of constant improvement and transformation in digitization. We’ve also modified the way we work. For example, we use the internet to access our bank, shop, and order food, among other things. We rely on software and systems to get things done.

What happens if these frameworks prove to be faulty?

Even a minor defect can have a significant financial and reputational impact on a company. Software must be tested in the Software Development Process to offer a high-quality product.
The following are some of the reasons why testing has become such a fundamental element of the field of information technology.
1. Economic Efficiency
2. Customer Satisfaction
3. Safety and Security
4. Product Excellence

In fact, for any complicated system, design flaws can never be eliminated. It’s not because programmers are irresponsible, but because a system’s complexity is insurmountable. If design defects go unnoticed, it will be more difficult to hunt them down and repair them. Repairing it will become even more expensive. While correcting one defect, we may unintentionally introduce another in another module. If flaws are detected early in the development process, they are significantly less expensive to rectify. As a result, identifying problems early in the software development life cycle is crucial.
Cost-effectiveness is one of the advantages of testing. It is preferable to begin testing early and include it into each phase of the software development life cycle, and regular testing is required to ensure that the application is produced according to the specifications.

This is the most delicate and fragile element of the testing process. Product security is aided by testing (penetration testing and security testing). Unauthorised access to data is gained by hackers. Hackers steal personal information from users and utilise it for their own gain. Users will not like your product if it is not secure. Users are continuously on the lookout for reliable items. Testing aids in the elimination of product flaws.

Software testing is an art that contributes to a company’s market reputation by delivering a high-quality product to the client in accordance with the requirements specified in the requirement specification papers. As a result of these causes, software testing has become a very significant and vital part of the software development process. 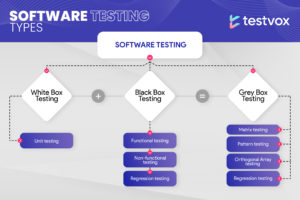 Manual testing is the process of manually evaluating software to learn more about it and to determine what works and what doesn’t. This usually means checking all of the functionality mentioned in the requirements specifications, but it also typically entails testers putting the programme through its paces as if they were their end users.
Manual test plans range from completely scripted test cases that provide testers with precise instructions and expected outcomes to high-level recommendations that lead exploratory testing sessions.

Automation testing is the technique of finding problems in software using an automated method.
Using automation technologies, testers run test scripts and generate test results automatically in this process. Selenium and Katalon Studio are two well-known automation testing solutions for functional testing.
Selenium is no longer a surprising name for web application testers. It has significant features like cross-browser testing, but it’s challenging to understand for individuals who are new to automation or programming. That’s why Katalon Studio is the first choice for most QA newbies and manual testers. Users can use the scripting mode to develop programming skills while constructing test cases faster using the simple UI, built-in keywords, and record & playback (Java and Groovy supported). Here you can find the top 5 automation testing tools in 2022.

In software testing, it’s also known as verification.
Verification is a process of checking documents and files that are done statically. It is the process of ensuring that we are correctly building the product, that is, if we are verifying our requirements and whether we are generating the product in compliance with them or not. Inspections, reviews, and walkthroughs are all part of this process.

In software testing, it’s also known as Validation.
Validation is a dynamic process of putting an actual product through its paces. Validation is the process of determining whether we are building the proper product, i.e., whether the product we have built is correct.
This involves a variety of activities. The software applications being tested are Desktop applications, Web applications, Mobile Apps.

It’s also known as Structural Testing, Glass Box, or Clear Box. White Box Testing is based on the application’s underlying code structure. In white-box testing, test cases are created using an internal perspective of the system as well as programming skills. This type of testing is frequently done on a per-unit basis.

It Behavioural/Specification-Based/Input-Output Testing is another name for it. Black Box Testing is a type of software testing in which testers assess the functionality of the software under test without inspecting the internal code structure.

To put it simply, the system does functional testing to ensure that each software application function operates as defined in the requirements document. All features are tested by supplying appropriate input to see if the actual result matches the desired output. It falls under the category of black-box testing, which means the testers won’t have to worry about the application’s source code.

Non-functionality testing is determining how well a system performs. It covers a wide range of software aspects, including performance, load, stress, scalability, security, compatibility, and so on. The main goal is to improve the user experience by increasing the speed with which the system responds to requests.

Grey Box Testing is a hybrid of White Box and Black Box testing methods. This sort of testing necessitates access to design papers by the tester. This aids in the creation of better test cases during the process.

Unit testing is used to see if the source code’s constituent modules are working properly. i.e. the developer testing each and every unit of the application individually in the developer’s environment. It’s also known as Component Testing or Module Testing.

Integration testing is the process of determining whether or not two or more units or modules are connected or transfer data. It’s also known as I&T or string testing. It is classified into three types: top-down, bottom-up, and sandwich approaches (Combination of Top-Down and Bottom-Up).

It’s a Black Box technique to testing. End-to-end scenario testing is another term for testing a fully integrated application. To guarantee that the programme is compatible with all of the target systems. Check for intended outputs by closely inspecting each programme input. The programme is put to the test to see how the users react to it.

To get consumer approval so that software may be supplied and payments can be made. Acceptance testing is divided into three categories: Alpha, Beta, and Gamma.

Here is the comprehensive list of the top Software Testing Companies in India. In this list, you can find Software QA Service Provider Companies from India that offer innovative and cost-efficient quality assurance and software testing solutions.

To Sum It Up

The world of Software Testing is vast. The possibilities are endless and no one kind of testing technique, type or approach can be named superior than the other. In fact, most of them compliment each other. We hope that you’ve learned everything important there is to know about software testing principles and software testing basics.